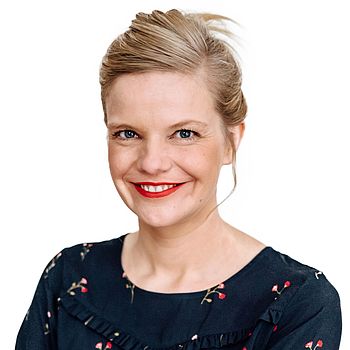 Dr. Janka Oertel is the Director of the Asia Programme at the European Council on Foreign Relations. She previously worked as a Senior Fellow in the Asia Program at the German Marshall Fund of the United States' Berlin office, where she focused on transatlantic China policy including on emerging technologies, Chinese foreign policy and security in East Asia. Prior to joining GMF, she served as a program director at Körber Foundation's Berlin office.

She holds a PhD from the University of Jena. Her dissertation focused on Chinese policies within the United Nations. She was a visiting fellow at the German Institute for International and Security Affairs (SWP Berlin) and worked at United Nations Headquarters, New York, as a Carlo-Schmid-Fellow. She has published widely on topics related to EU-China relations, US-China relations, security in the Asia-Pacific region, Chinese foreign policy, 5G and emerging technologies as well as climate cooperation.

The European Council on Foreign Relations (ECFR) is an award-winning international think-tank that aims to conduct cutting-edge independent research on European foreign and security policy and to provide a safe meeting space for decision-makers, activists and influencers to share ideas. We build coalitions for change at the European level and promote informed debate about Europe's role in the world.

In 2007, ECFR's founders set about creating a pan-European institution that could combine establishment credibility with intellectual insurgency. Today, ECFR remains uniquely placed to continue providing a pan-European perspective on some of the biggest strategic challenges and choices Europeans need to confront, with a network of offices in seven European capitals, over 60 staff from more than 25 different countries and a team of associated researchers in the EU 27 member states.